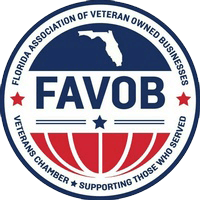 The Seminole County/Orlando North Hob Nob, previously named East Side Regional Hob Nob, is back in person this year!

The Seminole County/Orlando North Hob Nob is Central Florida's Premier Event of the Political Season! This event is proudly presented by, and will take place on Thursday, June 30th from 5:00 pm - 8:30 pm at the Oviedo Mall.

This regional event will include a two-county "Straw Poll" courtesy of the Seminole & Orange County Supervisors of Elections Offices, appearances from candidates running for federal, state and local offices, with delicious food and dessert from multiple vendors, and a variety of complimentary beverage selections.

The Orange and Seminole County Supervisors of Elections will have tables for anyone interested in registering to vote.

Candidates will receive a booth space, including a 6' table, two chairs, two tickets to the event, and the opportunity to mingle with voters from across Central Florida, for only $225.

General Admission to the Hob Nob will be $20 presale or $25 at the gate. Corporate ticket packages of 10 are also available for $180. 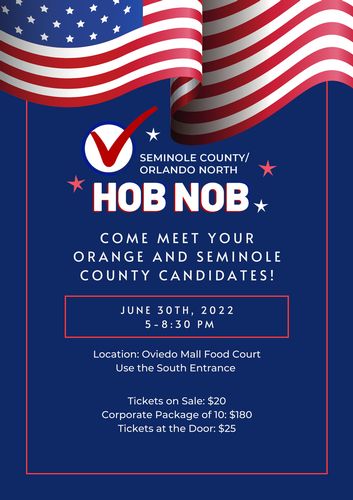 **The Seminole County/Orlando North Hob Nob (“SCONHN”) is an event produced by the Oviedo-Winter Springs Regional Chamber of Commerce, Inc., a 501(c)(6) (“OWSRCC”). OWSRCC does not endorse any candidate regardless of their participation in the SCONHN. The statements of the candidates reflect their own opinions, positions, and thoughts, and are not endorsed by OWSRCC in any manner. To the extent each candidate is paying the same fee to participate, their respective candidate pages will have an electioneering disclaimer using the language of the candidate; provided, however, that the OWSRCC as host of the page makes no endorsement or approval of any such disclaimer or the candidate bio page itself. Questions should be directed to jhook@owsrcc.org.