Chuluota is pronounced “Choo-lee-OH-ta”, meaning “Isle of Pines”, “Pine Island”, or “Land of Lakes and Pines”, depending on who you ask. The pronunciation is a derivative of the Creek Indian word “Chuluoto”.

Chuluota was first settled soon after the Civil War. Some of the area’s first white residents were from North Carolina who came here by ox cart seeking refuge from the war, and undoubtedly encountered Seminole Indians when they arrived. They found an area teaming with fish, deer, and wild hogs. Orange groves, cattle ranches, a sawmill and turpentine production from the forests of pines were developed by settlers. The railroad provided transportation for passengers and goods.

Robert A. Mills, who was one of the early developers of the community, is also credited with choosing the lyrical Indian name of Chuluota, which was possibly the name of the original Seminole village. About 1892, the name was continued by Henry Flagler, who created the Chuluota Land Company to sell land acquired by the FEC RR.

The Chuluota School was established in 1898. It was a wooden one-room schoolhouse. In 1925, a more modern elementary school was built but was eventually closed in June, 1948. It later was the volunteer fire station and now serves as the home of VFW Post 10139 and is generally considered the community center.

Chuluota’s survival was challenged by several events. First, there was a killer freeze in the mid 1890′s that virtually killed off all of the thriving citrus industry., Next, development was stalled by the bust of the land boom in the 1920′s, and finally it was devastated by the depression in the 1930′s. Bit by bit, the population of the hamlet dwindled. By the 1960′s, new developers made plans to revitalize the community and many Central Florida residents rediscovered this little gem and began migrating to the area.

Today, Chuluota struggles to maintain its rural character while providing a thriving community for its residents. Its citizens continue to strive for a balance between development and maintaining the casual, laid-back quality of life that all her residents have all come to enjoy. 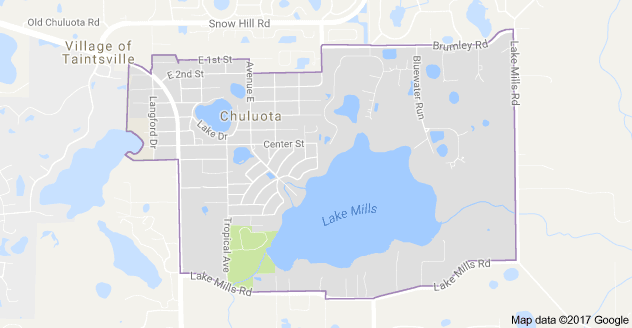